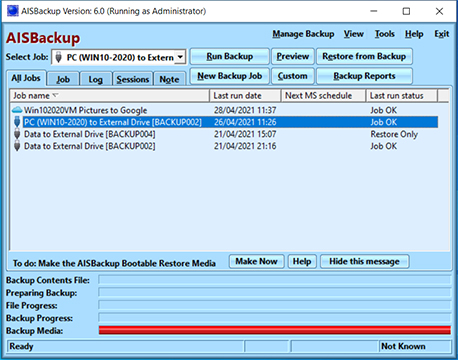 
Why Use AISBackup? Benefit summary:

AISBackup is a program designed to provide backups of your Windows PC and Server Operating System and data to the following media:

Tape drives are not supported.