Encrypting media for use with AISBackup.

If you are transporting data using USB flash drives or backing up to external media that is taken off site you may want to encrypt the backup using a very strong encryption system such as AES.

The best way to achieve efficient encryption of backup media is to use a third party encryption system like the open source TrueCrypt. With TrueCrypt you can create encrypted containers on USB flash drives and external drives for use with AISBackup.

TrueCrypt may be downloaded from: http://www.truecrypt.org/.

This tutorial shows you how to make a TrueCrypt container on a USB Flash Drive which may then be used to make a synchronize style job for synchronizing data between your home and office computer. The USB Flash drive will automatically launch TrueCrypt and ask for the password upon insertion into a PC, even if TrueCrypt is not installed on the remote PC, i.e. TrueCrypt runs from the flash drive. For an example of making a job suitable for synchronizing data between two computers see here.

This tutorial assumes that you have already downloaded and installed TrueCrypt. 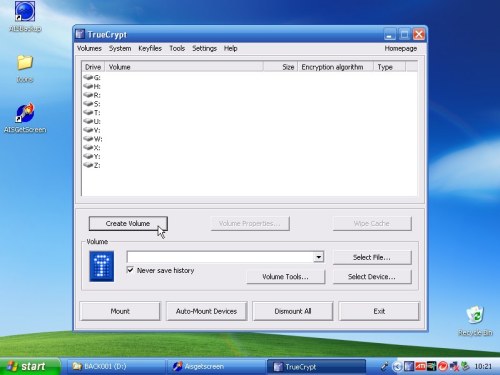 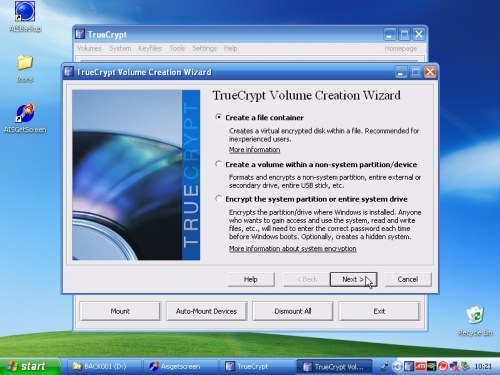 Plug in the USB Flash Drive or External Drive then Start TrueCrypt and click Create Volume.