If you are synchronizing documents on more than one computer using a USB flash drive then it is highly recommended that the data on the flash drive is encrypted. We recommend using a third party software package such as the open source TrueCrypt to create an encrypted container on the drive, and we provide instructions for the encryption procedure here.

AISBackup prior to version 3.7 would only store the full path of the synchronized documents on the destination media, from version 3.7 build 332 it is possible to synchronize the contents of a folder to a specified folder on the destination media, similar to if the files were copied using drag and drop within Windows Explorer. Using this method of synchronization enables the documents on the PC to be synchronised to an entirely different directory structure on the second PC. It may also be desirable for office documents to be stored in a folder called 'Office Documents' rather than 'My Documents' on your home PC, to keep them separate from your personal files. 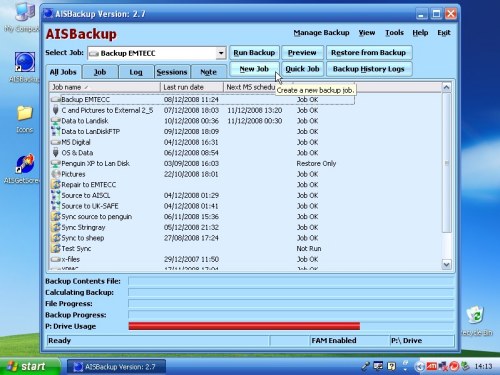 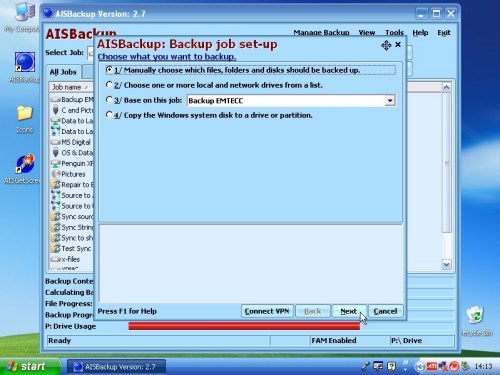 It is assumed that a flash drive has been formatted and a TrueCrypt container created and the TrueCrypt volume has been mounted, see here for details on how to make an encrypted container on a USB flash drive.